Robin Hood’s main problem was the increasing size of his band. Initially, he had hoped that strength lay in numbers and the more Merry men he had, the better it would be for him to effectively fight against the sheriff’s administration. He did not put enough thought into curbing the number of people being recruited. The dilemma occurred when the increasing number of men had made the band a corporation. The more men were recruited into the organization, the less face to face interaction Robin had encountered with each of his men. This would make it hard for him to enforce rules and regulations using his old ways because vigilance was not present with the new recruits.

The initial mission of the band, “Rob the rich and give to the poor” was no longer effective to the band. The funds obtained from the outright confiscation of the rich were no longer accommodating the increasing number of the people in the band. The mission statement had to be revised to accommodate the changing ways of the organization. New strategies also need to be introduced to meet the fund requirements of the band. Moreover, there needed to be a revision to the objectives of the band so as to limit the number of people being recruited. This, in my opinion, is a primary concern that needs attention.

Robin Hood’s proposal to run a policy of adopting a fixed transit tax to whomever passed through the Sherwood Forest seems feasible but the Merrymen’s concern of jeopardizing the allies’ support in their fight against the Sheriff is also relevant.


A SWOT analysis to this problem would make the situation easy to manipulate. We can analyze the different compartments of the situation by identifying the internal and external factors. The Strengths and the Weaknesses of the situation are internal factors since they are within the band’s direct influence. Opportunities and Threats are external problems since the band cannot influence their creation. They are induced by other factors beyond the band’s reach. We will analyze each segments of the SWOT to this problem

The policy suggested by Robin Hood to impose tax on travelers will only be feasible under certain conditions. First, the band’s mission should be clearly stated. Was the band initially created to fight against the sheriff’s administration or to help the poor by stealing from the rich? Or are these two points interconnected? If the former point is the mission statement, then posing tax on the town’s people traveling through the forest will only undermine the band’s purpose which will result in the lack of allies. If the latter point is the mission statement, then posing transit tax will provide a steady provision of funds to the needy.

The expansion of the band into the different geographical areas in all corners of the compass will only allow the creation of a bigger national corporation. This will definitely require a formal structure from the headquarters in Robin Hood’s area. Recruits specializing in management also need to be heavily recruited. If all these requirements are fulfilled, then there will be minimal concern of not generating revenues and cash flows.

Mission to Restore King Richard back to Power

By assisting the barons to restore King Richard back to power has many pros and cons. The mission is very dangerous and King John’s Spies are everywhere. If this plan fails, the consequences are very grave. The retributions that would follow will be swift and very dangerous. 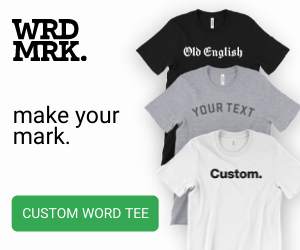 In my opinion, Robin Hood’s first priority should be to appropriate structure and organization in the band. He needs to allot someone in charge of curbing the number of new recruits and seek other ways of finding provisions for his men. Once all this is done, he needs to take the great risk of assisting the barons in their mission to rescue King Richard and restore back in power. By doing so, Robin will have gotten his revenge and will not have to require the band’s presence any longer.

One thought on “Robin Hood SWOT Analysis and Strategy Recommendations”