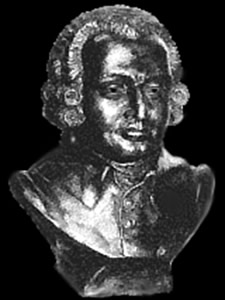 “As every individual, therefore, endeavors as much as he can both to employ his capital in the support of domestic industry, and so to the direct that industry that its produce may be of the greatest value; every individual necessarily labours to render the annual revenue of the society as great as he can. He generally, indeed, neither intends to promote the public interest, nor knows how much he is promoting it. By preferring the support of domestic to that of foreign industry, he intends only his own security; and by directing that industry in such a manner as its produce may be of the greatest value, he intends only his own gain, and he in this, as in many other cases, led by an invisible hand to promote an end which was no part of his intention. Nor is it always the worse for the society that it was no part of it. By pursuing his own interest he frequently promotes that of the society more effectually than when he really intends to promote it (Wealth of Nations. VI, ii. P.456).” This is Adam Smith’s most popular quote from his book written in 1776, An Enquiry into the Nature and Causes of the Wealth of Nations.


What Adam Smith was saying in this passage was that foreign trade is the least beneficial form of economic activity. Smith favors a domestic rather than international economy. Even when it may seem profitable to go international and trade, the society will still benefit more by staying domestic. A nations development depends mainly on the investment in it’s own manufacturing and agriculture over trade.


What did Smith really say when he coined the phrase invisible hand? Smith simple said those individuals who support domestic to foreign industry intends only for his own wellbeing. In addition, by producing to get the greatest value, the individual is intending personal gain. An invisible hand to promote an end that was not part of his intention then guides him. Individuals use capital to invest in capital, although they may make a better profit investing in international capital. The invisible hand was described well by an economist named Keith Rankin on a paper he wrote on the 10th, of November in 1998. He stated:  “Smith’s invisible hand is actually an instinct towards patriotism; the semi-conscious identification of our individual interests with the collective well-being of our nation.”

Smith felt very strong that the market would allocate resources efficiently. An invisible hand would guide supplier’s actions toward the general good; no government would be necessary. Smith refers to the government controlling a society to a chess-player controlling pieces on a chessboard. The only principles of motion the chess-pieces have are those imposed on them by the hand controlling them. Human individuals are not like chess-pieces and each on has its own principle of motion. That principle of motion is different from the motion the government might pick to impress upon society.

Man, according to Smith, has an inclination to truck, barter, and exchange. Exchange leads to the division of labor, which enables workers to take advantage of economies of scale with the unpredicted result of wealth. Trade is done because individuals see gain in what they are trading for. Barter is done so individuals can get mutual gains from one another.


To some, it may sound like Smith wants greed to run our economy. Smith said that capitalists have a deep sense of their true self-interest, than to greedily follow market signals as the only indicator of self-interest. The invisible hand can be broken down to three simple steps. The first is that individuals usually get a result that they were not expecting or trying to get. All of these unpredicted outcomes from everyone in society put together will make sense after some time, and will seem as if it were planned to come out like it did. The third is that all orders are beneficial to the participants because, although unintended, the outcomes are desirable.